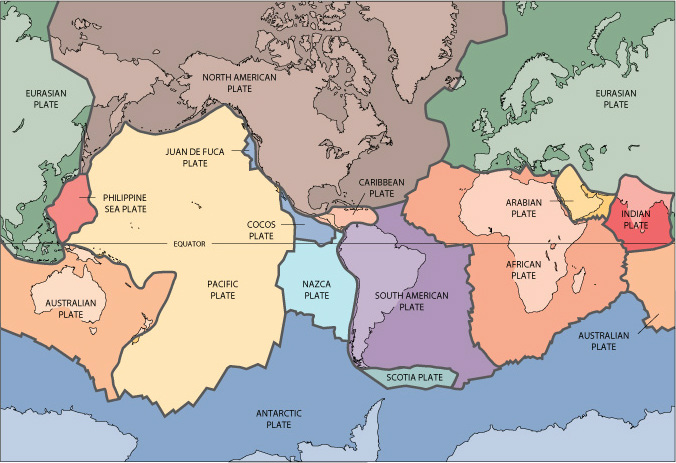 There are several evidence for the continental drift, including: Euler’s theorem (angular rotation causes plate movements), paleoclimatology (latitude determines climate. By studying climate in ancient rocks, it is possible to determine latitude of a location in the past), and paleomagnetism (studying ferromagnetic rocks to check the magnetic field in the past). Many evidence suggest that South American plate broke apart from Pangea. (Kearey et al, 2009)

Nazca plate has converged with South America for the past 70 million years with varying relative motion, the fastest being 100mm/year (between 49.5 to 42 million years ago, and since 26 million years ago), and at slower times 50-55mm/year. Rapid subduction in northern Andes than the south could have led to greater Andes’ width in Peru and Boliva over Chile and Argentina (Pardo-Casas and Molnar, 1987).

(Pardo-Casas and Molnar, 1987)
There is a sequence composed of four periods of contrasting relative motion starting in Late Triassic that describes the relative motion of South American plate away from North American plate (Ladd, 1975). Tectonic feature of each sequence developed in the Caribbean region; however, a direct cause and effect from only the late Tertiary can be seen in terms of convergent motion of South America and North America, resulting in north south compression across the northern and southern boundaries of the Caribbean (Ladd, 1975). Relative plate motions can be calculated by using global positioning system to the accuracy of 1-2mm/year. The Caribbean plate moves approximately due west relative to South American plate at a rate of 20mm/year (Perez et al., 2001). 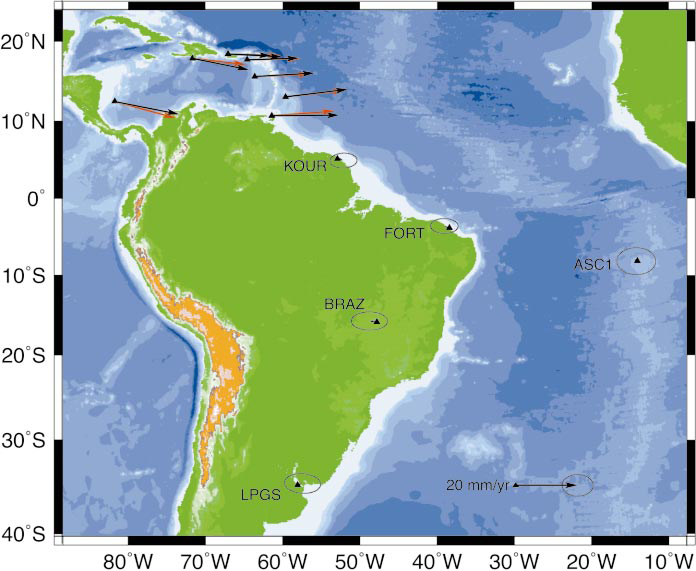 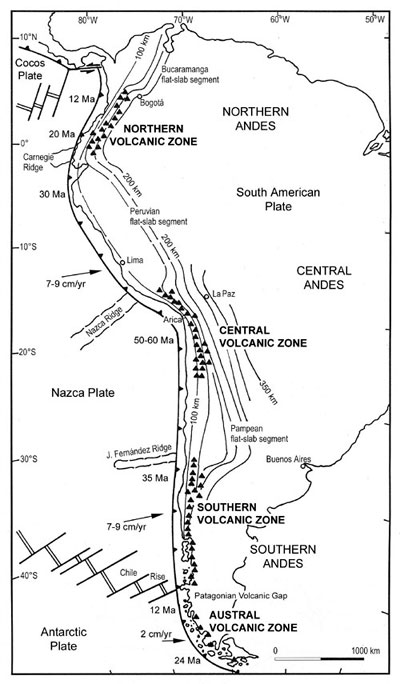 James, David E. "Plate Tectonic Model for the Evolution of the Central Andes." (1971)