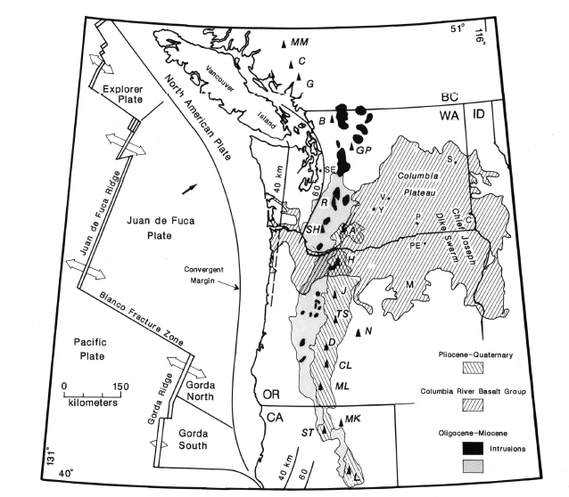 The Juan de Fuca-Gorda-Explorer plate system has all three types of plate boundaries. Both the Gorda and Explorer plates are the result of fragmentation. The Gorda plate started moving 3 million years ago while the Explorer plate started moving 5 million years ago at the southern and northern ends of the Juan de Fuca plate. Movement of these plates occurs along the Cascadia subduction zone (Stock & Lee, 1994). See figure 2 from Stock and Lee for transform zones and relative movement of both plates. 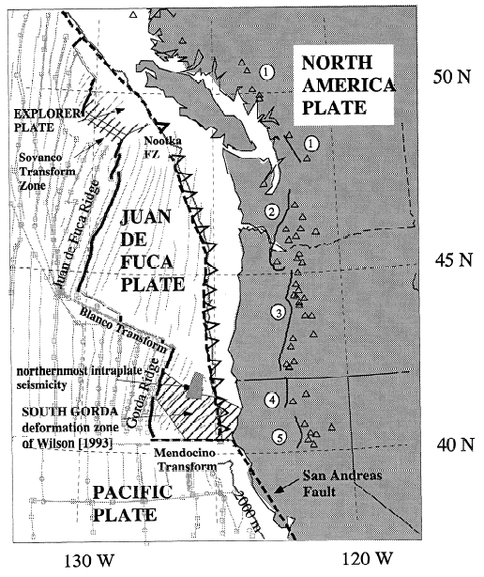 Figure 2: Transform faults and plate boundaries of the Juan de Fuca-Gorda-Explorer plate system (Stock & Lee, 1994).
Both the Juan de Fuca plate and Gorda plate are subducting beneath the North American plate in a general North-East direction. The Juan de Fuca plate is converging at a rate of approximately 40 mm/yr with the North American plate in the direction N50E (Swanson et al., 1989). Interestingly, this rate of convergence has been slowing down at a rate of 20 mm/yr to 30 mm/yr since 7 million years ago (Swanson et al., 1989).

The interactions of the Gorda, North America and Pacific plates at the Mendocino Triple Junction make it a seismically active area. Approximately 80 magnitude 3 earthquakes have occured at the triple junction every year since 1983 (Oppenheimer, 2013). There have also been some greater magnitude earthquakes that occurred in the area in the past, such as the Cape Mendocino earthquake of 1992 (Oppenheimer, 2013). For more information on seimicity in the area, click here. 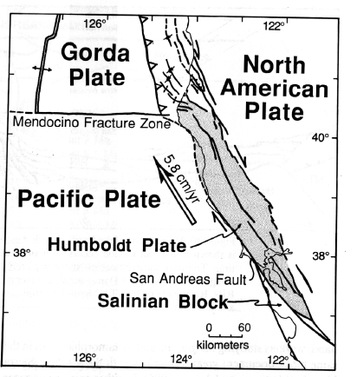 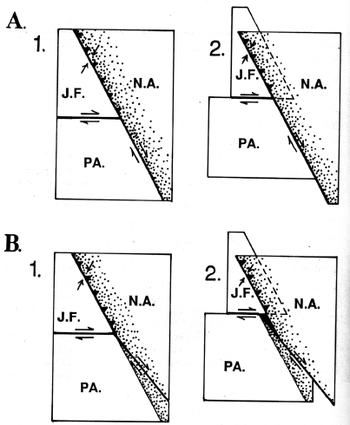 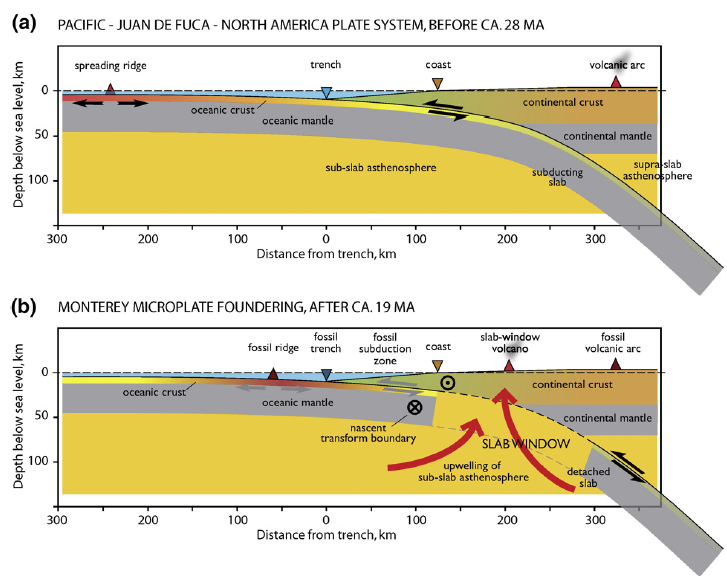 Figure 5: The formation of a slab window. Note the in 5b, asthenosphere rises to fill in the gap, creating new volcanism (McCrory et al., 2009). 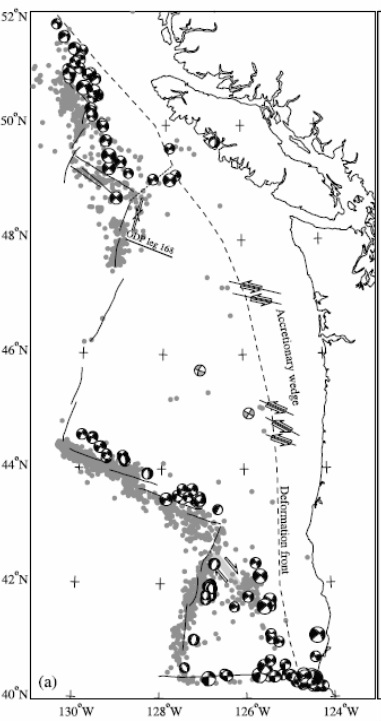